RDIF and State Hermitage showcase the creative potential of AI.

AI is at the vanguard of disruptive developments across all sectors of the economy, including those revolving around creativity. From systems that beat expert players at games of chance and strategy to solutions that detect written tones and non-verbal cues, AI is rapidly gaining contextual, situational, and emotional awareness.

This shift is allowing AI to expand its horizons, disrupting imagination-driven activities such as creative writing, music composition, and visual arts.

The exhibition is also one of the first attempts to properly explore the use of AI in art, and was intended, in the words of State Hermitage CEO Mikhail Piotrovsky, to demonstrate “how modern technology can be made more human.”

Artists at the exhibition used an assortment of AI-derived techniques and technologies, but a common trait was the use of Generative-Adversarial Network (GAN) algorithms. GAN algorithms were designed in 2014, and are growing in use in fashion, astronomy, and aeronautics for their ability to reliably predict and synthesize images using training data.

In the art sector, they were notably used in the generation of the Portrait of Edmond Belamy, which in 2018 became the first ever AI-generated piece of artwork to be auctioned at Christie’s auction house – for USD432,500. 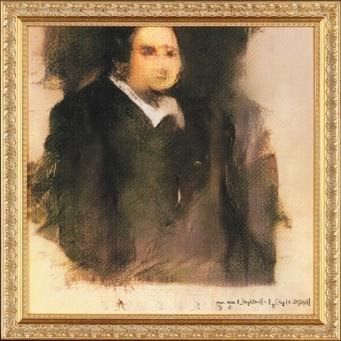 GAN algorithms enable machines to mimic human imagination and critical thinking by forcing them to learn from failed attempts and find new approaches to address parameters established by their programmers.

Represented at the event were AI artists from around the world, including the People’s Republic of China, France, Germany, Italy, Japan, Russia, Saudi Arabia, and Turkey. Each artist, or team of artists, brought with them new and unique expressions of AI-powered art, which were each often inflected by distinct cultural traditions.

Paris-based AI art group Obvious Art three portraits developed by training GAN algorithms on 15,000 paintings from the 14th to 19th centuries. Saudi artist Lulwah Al Homoud conceptualized an AI art piece centered around the core thematic element of the Arabic alphabet. Being and Existence addresses the relationship between language and emotion by using an AI algorithm to develop an abstract variation of Arabic. 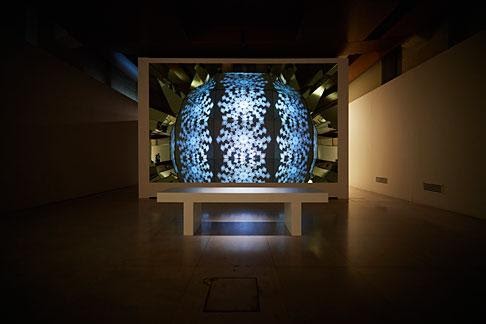 Also represented was the People’s Republic of China’s Sun Xun, who trained an AI to create an animated film called Time Spy by exposing it to images of 10,000 hand-carved wood-cut images. This drew on both the artist’s affinity for the woodcutting traditions native to the People’s Republic of China itself, as well as the European woodcutting traditions established by the German Renaissance artist Albrecht Dürer. 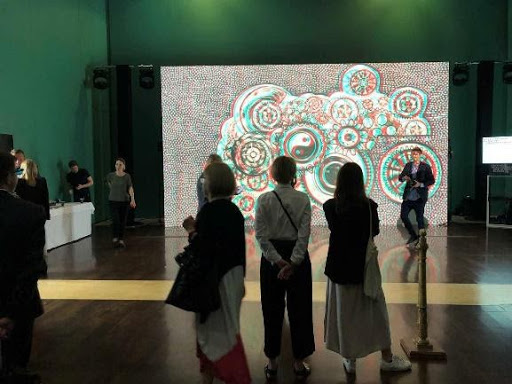 The fact that AI-enabled art can be showcased and appreciated proves that AI can be much more than just a productivity-enhancing tool; it can contribute to facilitating human expression and communication across cultural and linguistic boundaries.

More broadly, the very existence of such an endeavor suggests that the general public may be warming to the idea of AI being more present in different facets of their lives.

Indeed, a major barrier to wider adoption of AI in mainstream applications has been users’ reluctance to integrate something they perceive as “impenetrable” into their day-to-day activities. In this context, it may very well be that the more situationally aware and emotionally reactive AI becomes, the easier it will be for people to accept and trust the wide range of AI-enabled systems currently in the making.